~ How about a PhD in fund-raising? Welcome to the academic world of philanthropy/nonprofit studies. Indiana University seems to be leading the way. 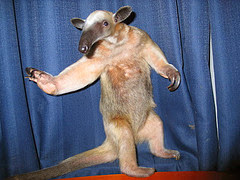 ~ Since I'm hanging out with Kent at UC Irvine for a couple of days I thought I'd highlight these pictures. (via) I got to be a soccer dad again this evening -- watching him score 4 goals in an IM arena soccer game. Then we went to Costco so I could have a polish and kraut dog. That was followed up with a trip to Yogurtland. Oh, that was good. Now I'm adding Yogurtland to my official list of SoCal destinations. I'm on to Phoenix tomorrow morning.

~ Kirk in San Francisco felt the 5.6 earthquake centered north of San Jose. Betsy on the other side of the Bay in Berkeley did not. There was a 7.2 in the Guam area which Cheryl felt. The worker in the next office over didn't feel a thing. Sometimes earthquakes are very localized. :-)

~ Tom Sine: “In the UK, more churches were planted in the last seven years than Starbucks were opened–over 1,000 churches compared to only 750 Starbucks coffee shops. Interestingly, most of these church plants were ethnic and multi-cultural. “God is doing something through a new generation, as I report in The New Conspirators: Creating the Future One Mustard Seed At a Time, which will be published by IVP in 2008. I believe God is working through at least four streams: the emerging church, missional churches, mosaic church plants and the monastic movement..." more
Posted by Brad Boydston at 10/31/2007