~ We've finally heard from Peter, our PIBC colleague who is back in the Netherlands going to school at Tyndale Theological Seminary. 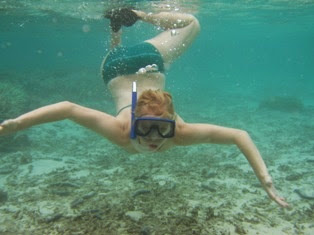 ~ Betsy has an early flight out tomorrow morning :( and will be in Turlock :) for a few days next week. Cheryl and I will be back to just the two of us -- out here in the middle of nowhere -- thousands of miles from family. (You've got to play the sympathy card at least occasionally.)

~ Mark Galli has an interview with Bob Roberts. In a nutshell Bob is saying that the world is now flat enough that the key operatives in the global development of God's kingdom are not professional missionaries but laypeople who take their expertise out into the world beyond their homelands. Thus all local churches are hands-on global churches. What he says isn't true, yet. But it has the potential to be so in the not so distant future. Let's hope so.

~ Google's ad-supported mobile phones could change the rules of the game. One more reason to avoid locking in on a new cell phone contract.

~ Virtual pastors please picky church-goers. Yes, I know, it's from LarkNews.com but...

~ John Piper commenting on the Minnesota bridge collapse. His monergistic Calvinism comes through -- "...God had a purpose for not holding up that bridge, knowing all that would happen, and he is infinitely wise in all that he wills..."

I'd be content to say that in his sovereignty God will work out his plan -- weaving together the mundane, the tragic, and the joyous into his great tapestry. It's not that he willed people to die in a tragedy but that he takes the things which naturally happen because we individually and collectively live too independently of him -- the tragedies -- and recycles them so that ultimately they become a part of his glorious plan for the world and his people. "...we can be so sure that every detail in our lives of love for God is worked into something good." (The Message, Romans 8:29)

~ Disney plans to produce the rest of the Chronicles of Narnia.
Posted by Brad Boydston at 8/03/2007

love it and agree.

wish those Calvinists would acknowledge mystery sooner, before they lock themselves into their box...

I could be mistaken, but you do not sound like a good Calvinist. I knew I liked you.

Interesting on Piper: "The meaning of the collapse of this bridge is that John Piper is a sinner and should repent or forfeit his life forever."

Seems to be quite individualistic rather than focusing on the kingdom of God as the ultimate end.


To Sean: BEFORE they lock themselves into their box???? Already happened.