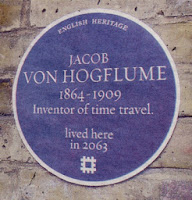 ~ INTERNATIONAL DISASTER!!! Fires could interrupt the flow of guacamole!

~ We now have an air ambulance service on Guam -- and next month we'll have Home Depot. This place is on the way up.

~ It's looking more and more like the storm front that passed over Guam yesterday could morph into a tropical depression en route to Japan. That's my uneducated guess based on radar observations.

~ Guam and the Philippines are very closely related (40% of the population here is Filipino and the indigenous Chamorro people have lots of Filipino blood in their line) so the big news around here is that Philippine President Gloria Macapagal Arroyo has pardoned her predecessor Joseph Estrada, a month after he was convicted of corruption and sentenced to life in prison. Arroyo apparently acted because of Estrada's age. He's 70. However, Estrada still forfeits his mansion and about $15.5 million. The Filipinos tend to joke about how corrupt their government leaders are. They feel that there is not much more they can do about it than laugh and roll their eyes.
Posted by Brad Boydston at 10/24/2007