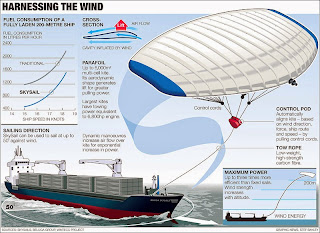 ~ A new version of the sailing ship sets sail from Germany today. The cargo ship will be partially pulled by a giant, parachute-shaped kite. At least that is theoretically how it will work. Such creative minds! -- Link

~ College of the Marshall Islands is optimistic about returning to full accreditation after six years of being on the outs. It's just downright hard to keep colleges up to snuff on these islands. -- Link

~ We're being encouraged to submit our ideas regarding the design of the Guam commemorative quarter. I have this vision of a Brown Tree Snake dangling from a jungle limb with his eyes on a cockfight -- except that there is a pack of boonie dogs on the other side of a rusting boonie car with their eyes locked on the roosters, too. And on the other side of the coin? Paradise. -- Link

~ The next time that I hear someone complain that the federal government never does anything for Guam I'll point them to this news article: The Barrigada Fire Station will be opening its doors before the end of the week. Completed three months ahead of schedule and entirely federally funded, the newly constructed facility provides more space for firefighters and their vehicles.

It is one fine looking fire station -- a wonderful addition to the community.

~ Quotable Terry Mattingly, summarizing the spirituality climate in the US:

"The key is that religion is bad if it makes large numbers of people uncomfortable." "The trend is clear. Vague talk is safer than clear action. Personal beliefs are good, but not if these doctrines lead to actions that indicate that some beliefs are right and others wrong."