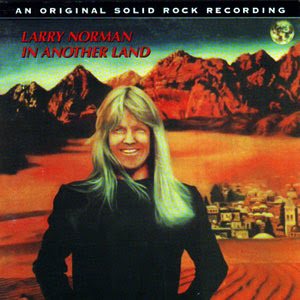 Larry was a part of a very loud garage band that practiced across the street from us in San Jose, California, where I grew up. He later joined The People but that band fell apart because of some Scientology issues that other members had.

When the Jesus Movement picked up steam he became even more famous -- one of the driving forces. His most popular song was perhaps "I Wish We'd All Been Ready."

I bought a vinyl copy of his first Christian album "Upon This Rock" -- rare Capitol Records version (now in storage somewhere in California). And I used to catch his concerts whenever possible.

In his early years he was a bit acidic in tone but the music was great and the Lord used him in tremendous ways. And now he is in another land -- waiting for the resurrection.