~ The tobacco-related death toll could reach 1 Billion by 2100 -- mostly low and middle income people. Now that the tobacco industry is being squeezed out of the developed countries the industry is turning its attention toward peddling its poison to the under-developed pockets of the world. -- Link

~ We lost power for a few minutes tonight. We'd been doing so well for the past several months but then last Monday morning right before the Super Bowl started it shut down. Now again tonight. These rather random power shifts wreak havoc on the electronics.

~ Bookmark: 5 magic email addresses you can use to convert files -- Link 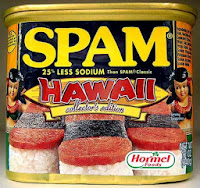 ~ Ruth Stafford Peale, widow of Norman Vincent Peale, co-founder of Guideposts magazine and the Peale Center for Positive Thinking, has died at the grand age of 101! -- Link

~ The Archbishop of Canterbury caused consternation yesterday by calling for Islamic law to be recognised in Britain.

He declared that Sharia and Parliamentary law should be given equal legal status so the people could choose which governs their lives. This raised the prospect of Islamic courts in Britain with full legal powers to approve polygamous marriages, grant easy divorce for men and prevent finance firms from charging interest. -- Link

~ Times columnist Ruth Gledhill is asking whether the Archbishop has "gone bonkers?" -- Link

Good question. The Anglican Communion is already extremely fragile at this point in history. This all but guarantees a split in the communion. The African Anglicans (who make up the bulk of the communion these days) struggle daily with the Islamic threat and they're not going to take kindly to the ABC's outrageous, untimely, and insensitive suggestion.

~ How they fix those ocean floor communication cables when they become damaged. -- Link

~ Northern Marianas College in Saipan is facing the loss of accreditation. Eeeek! It's just plain not easy maintaining a college in this remote island context. At various times College of Micronesia, College of the Marshall Islands, Guam Community College, and the University of Guam have all been in the same situation. -- Link

~ The TSA has made changes in response to comments left on its new blog. Good for them. -- Link

Speaking of Norman Vincent Peale ... my grandparents eloped and were married by him in NYC.