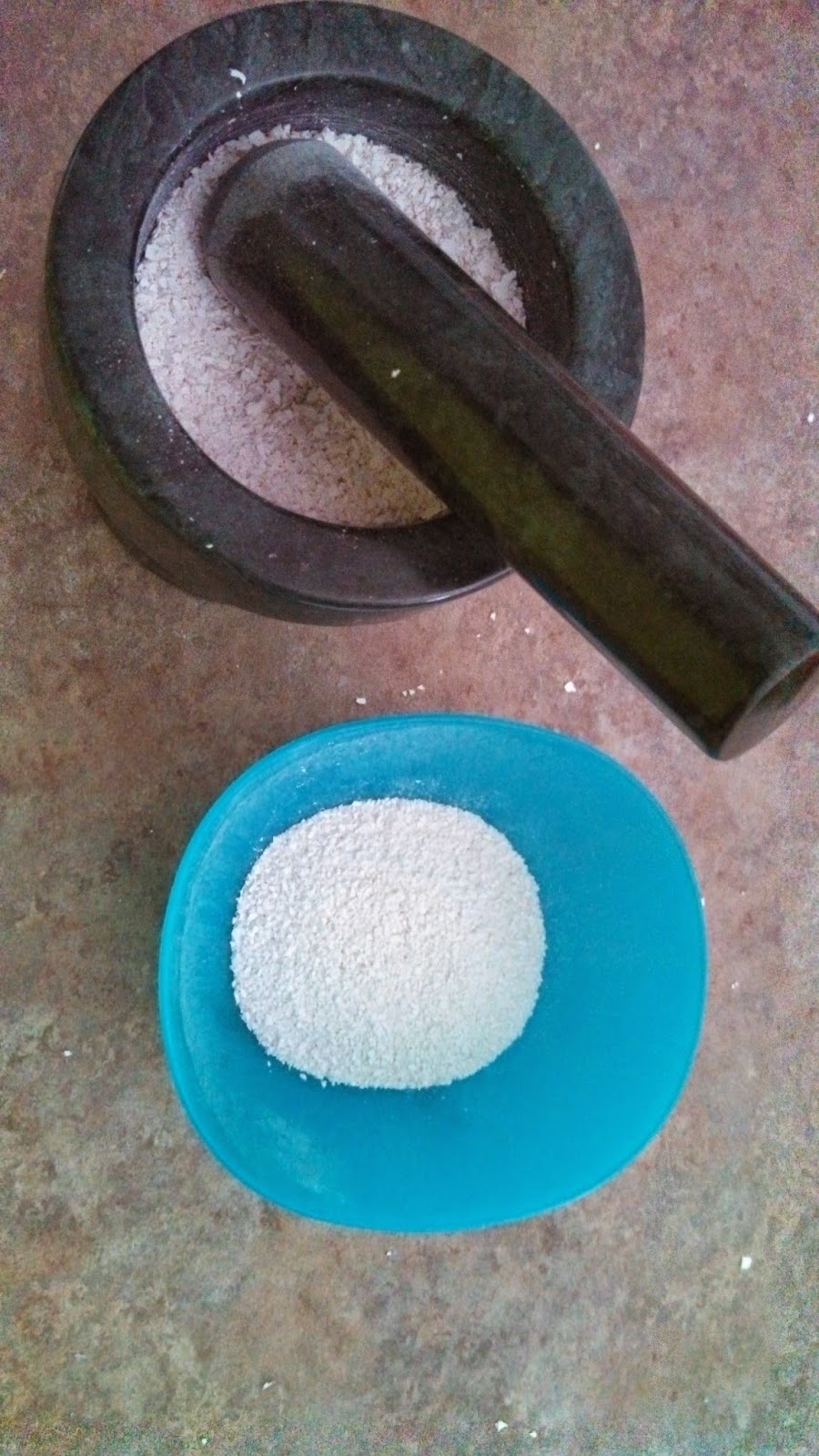 Pictured are the ground shells from the couple of dozen eggs that Cheryl used to make strada for our Easter brunch at MasterPiece Church. It was an incredible meal!

And now we will further use the by-product of that meal in the garden.

I washed the shells, dried them in the desert air, then easily ground them into a powder which I distributed between our compost bins.

Now, I'm not young or idealistic so I really don't believe that I'm actually saving the planet by recycling a few egg shells. As a high school student in the 1970s I was active in the emerging environmental movement, participated in many of the first Earth Day events, and was a student of the controversial activist Frank Schiavo in the nation's first secondary school environmental studies course. I was pretty sure that we were saving the plant with each aluminum can we crushed and with every tree we planted.

I know better now. Yet, I still see significant value in the individual acts of environmental consciousness. No, we're not going to reverse climate change by grinding up a few egg shells. Although -- with each and everything we do we are fostering a mindset that eventually works its way up into public policy. And there is opportunity for significant impact there.

That, however, isn't the only reason for grinding up egg shells and recycling milk containers. As a Christian theologian I'm convinced that the restoration of creation is an integral part of what God is doing in the world. For example, in 2 Corinthians 5:17, the apostle Paul frames the work of Christ, which culminated in the resurrection, as an act of creation care.


So then, if anyone is in Christ, that person is part of the new creation. The old things have gone away, and look, new things have arrived! (CEB)

This is certainly consistent with the vision of a new heaven and new earth in Revelation 21. And, indeed, wasn't creation care a part of the original divine mandate?


The Lord God took the human and settled him in the garden of Eden to farm it and to take care of it. ~ Genesis 2:15 (CEB)

It's about responsibility. Even if we knew that we could recklessly and wastefully ravage the environment without consequence, we wouldn't do so -- because God put us here to tend it -- to take care of it -- to look after it for him. It's not ours -- but it is our responsibility. And as we live into our responsibility we become the people that God intended us to be. Creation care molds us and forms us.

Earth Day isn't so much about environmental utopianism but about embracing the responsibility that has been given to us and that matures us. So I grind egg shells to add to the compost -- even though I know that it won't directly impact the quality of our air or water in Phoenix, Arizona. Oh, but as a bonus I am expecting that eventually -- someday -- the calcium the ground shells are adding to the soil will improve my tomato crop -- or that of my children or their children or... -- including those who will never know my name.
Posted by Brad Boydston at 4/21/2014