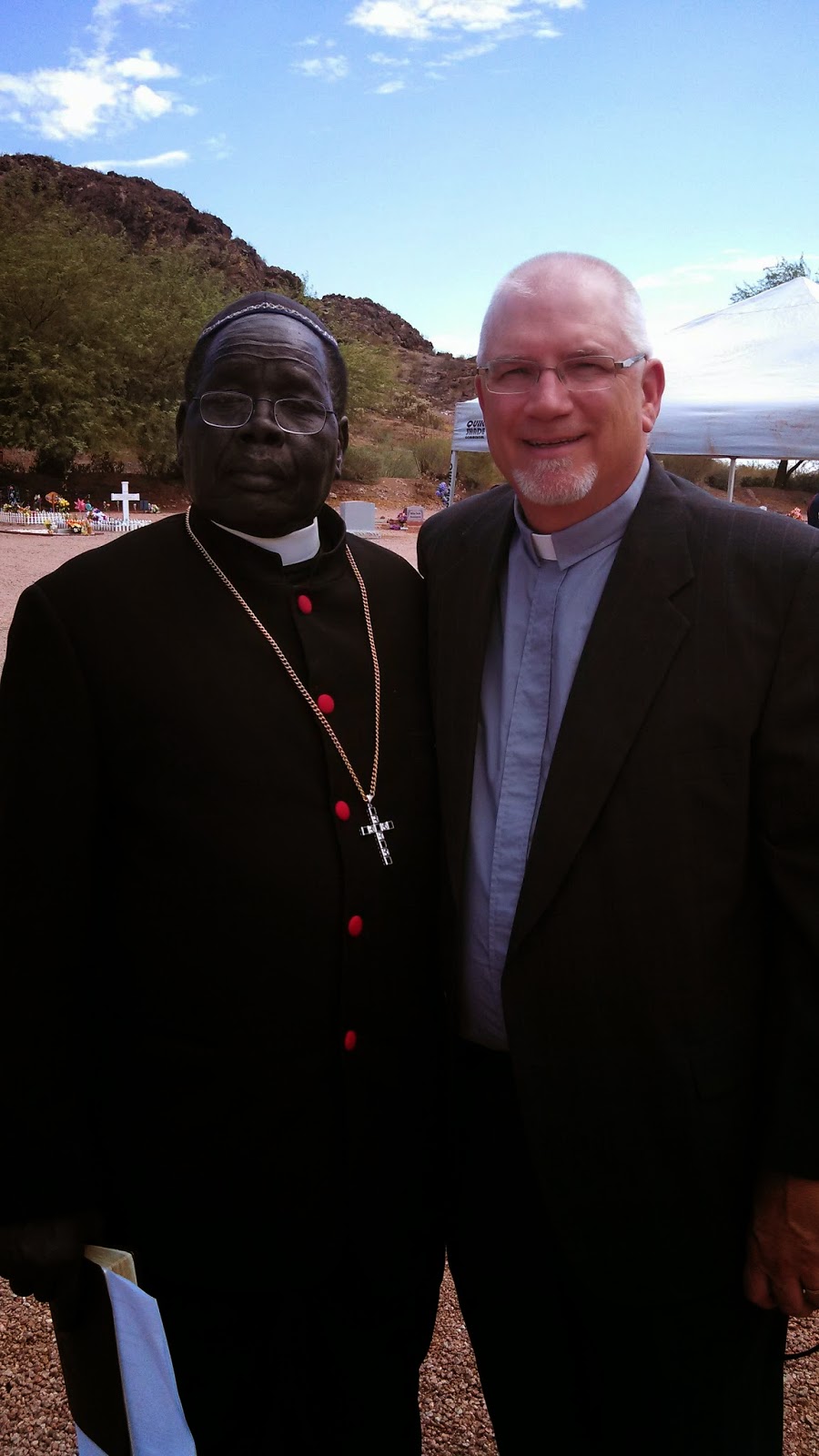 Since we left Turlock in 2006 I've done a good job of avoiding funeral detail. But Mary Nyayual Dhor, the deaconess in our South Sudanese partner congregation in Phoenix, died last week. And the lay pastor was pretty insistent that I officiate at her service. Well, just before the service began this afternoon, Elder Peter Lual, a prominent Presbyterian pastor showed up. He had driven over from San Diego. So the lay pastor and I adjusted the service some and included him. And it still flowed well.

When working cross culturally, flexibility is name of the game. I've actually come to enjoy that aspect of ministry -- a lot. And through it I got to meet Peter -- a great man. (Peter and I took this picture at the cemetery).

During the committal service Pastor Peter suggested that we ask a visiting Episcopal priest to sing a song in his Dinka language. (Peter, like most everyone in our South Sudanese congregation is Neur.) And the Neur people responded to the music with enthusiasm. What a great moment of Christian hospitality. If we put these guys in charge, the Dinka-Neur conflict that has torn apart South Sudan would quickly become history. Could it be that a broader hope is born from a funeral? I mean, we were talking a lot about resurrection.
Posted by Brad Boydston at 8/09/2014