What riding my bike has taught me about white privilege 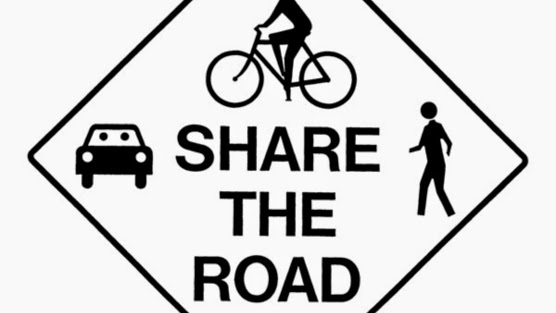 I don't feel in the least bit guilty about being white nor that I experience white privilege. I didn't personally choose either. But I've become profoundly aware of privilege and the power to privilege others through empathy. The more realistic our understanding of self in society the more we can lift others.

Jeremy Dowsett has done an outstanding job of using his experience as a bicyclist in a non cycling city to explain how white privilege works. I highly commend his article -- What riding my bike has taught me about white privilege.

When we lived on Guam we used to take visitors to one of the country clubs to catch the beautiful view. In order to get in we had to pass through a security check-point. But in spite of the fact that we drove an old beat-up Toyota Corolla we were always waved through without question.

Then one day I began to notice that not everyone got waved through. So I started watching more closely. The security guard, a dark-skinned Micronesian, would stop all the cars not driven by white or Japanese people, and he'd question them about their purpose for being there. Most of the visitors questioned were there for the same reason as us -- to enjoy the view. But they were always having to explain themselves. Why would they want to see the view?

White people never had to explain themselves. In that society that is what white privilege looks like. It's nothing I earned -- or accumulated -- and certainly nothing I'd sought. It doesn't make me a racist. But it highlights where the system itself is racist.

The fact is that as a dark skinned person in that context you can't climb out and better yourself. Even the rich and successful have to prove themselves in ways that us white folk never have to do.

If you are dark skinned and you notice that only dark skinned people get grilled -- and if it happens over and over again -- day in and day out -- that can start to wear on you. You start to build up anger and rage toward the system. Eventually you either lash out or you crawl into your shell believing that you can never amount to anything.

That's what racial privilege does. As we become aware of the phenomena -- empathize (rather than criticize) with those stuck in it -- and whenever possible intervene on their behalf -- we make possible what they can't do themselves. We lift them up by taking them and their concerns seriously -- thus more fully humanizing them. That's how it is overcome.
Posted by Brad Boydston at 8/29/2014