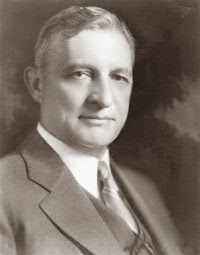 • WE'RE not only celebrating American Thanksgiving today but also the birthday of Willis Carrier (1876-1950), the father of modern air conditioning. He is the one who made life in the tropics and deserts more bearable. We're thankful -- even if it's pretty pleasant out in our desert today. (80°/7% humidity) ~ link

• POLL Update -- At this point 55% of the blog readers prefer dark meat, 41% prefer white meat, and 3% have chosen the vegetarian option. Of course, this is an elite group of readers and their opinions do not necessarily reflect the opinions of the rest of the world.

• THE Christian Science Monitor article on the Pilgrims is really good. They were not your everyday run of the mill Puritans. They were devout yet tolerant. The Thanksgiving holiday was probably modeled on the October 3rd Dutch Protestant "thanksgiving" and rooted in scripture. Historical records suggest that turkey really was served. Take that, you historical revisionists! ~ link
Posted by Brad Boydston at 11/26/2009