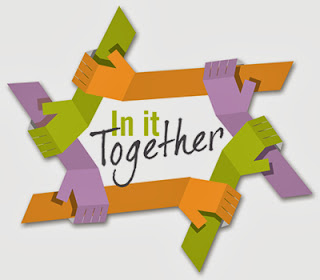 I keep running into devote well-meaning Christians who insist that Jesus' mandate to "love your neighbor as yourself" (Mark 12:31) was given to individuals but not to the government. That is, government should not be in the business of caring for the poor. That's a responsibility that belongs solely to individuals -- and for a few, perhaps churches, as well.

It's not that these Christians don't care about the poor. They just believe that they shouldn't be taxed so that the government can care for the poor. Some have even suggested that they lose whatever blessing might be associated with caring for the poor if they are forced to do it through taxation.

However, I wonder what such Christians do with passages such as Psalm 72. This is a royal psalm which celebrates both the role of the king in Israel and offers hope for a coming king who will perfectly embody compassion and justice.

2 Let him judge your people with righteousness and your poor ones with justice.

3 Let the mountains bring peace to the people; let the hills bring righteousness.

4 Let the king bring justice to people who are poor; let him save the children of those who are needy, but let him crush oppressors!

12 Let it be so, because he delivers the needy who cry out, the poor, and those who have no helper.

13 He has compassion on the weak and the needy; he saves the lives of those who are in need.

14 He redeems their lives from oppression and violence; their blood is precious in his eyes. (Common English Bible -- CEB)

The king -- that is, the head of the government -- is definitely lauded as the one who is responsible to rescue the poor and needy. It is a government function in Psalm 72!

This certainly is not intended to let the individual believer off the hook. But it presents a bigger and more holistic picture. As I've shared elsewhere,


I can see how someone reading Jesus through lenses ground by modern highly-individualized and compartmentalized Enlightenment thinking might possibly come to the conclusion that Mosely has reached. However, if you read Jesus through lenses ground by the Old Testament prophets speaking to highly communal ancient societies it is very difficult to divorce the gospel from social justice.

Caring for the poor (in acts of compassion AND justice) is something that we do both individually and corporately.

Indeed it is the responsibility of the individual to care for her or his poor neighbor -- just as it is the responsibility of churches to model the kingdom of God agenda for the entire world -- including all kings, governments, clans, tribes, organizations, societies, and institutions. The whole of society -- from the smallest individual to the largest official entity shares in this call.

Of course, no individual, no government, and no church will get it perfect. At least not yet. But what we do now is formed by the anticipation of what is sure to come.  This is the dress rehearsal moving toward a healthy world. And we're all in it together.
Posted by Brad Boydston at 12/17/2013

Amen, Brad. That psalm changed my mind on the while subject, a decade ago. And of course, who is "the king"? We are a government "of, for and by" the people - and the people established the programs we have. If they aren't working, fix them (but for the most part, they work very well).