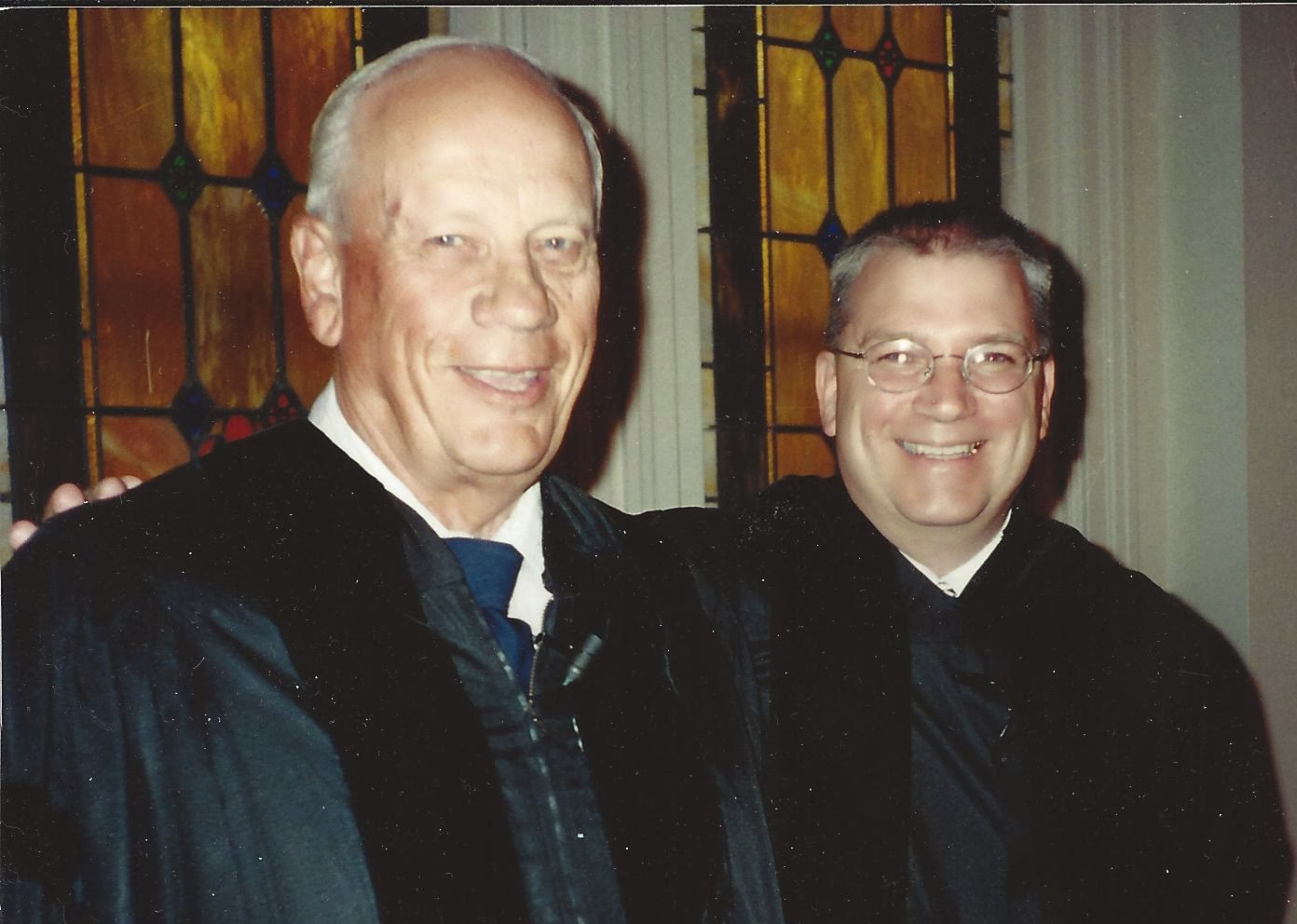 In September of 2000 Lloyd Ahlem and I officiated together at Heather Adams' wedding. I'm not sure who took this picture but Lloyd's daughter, Mary Jo Lee, mailed it to me last week. She and her mother, Anne, found it when they were going through Lloyd's things.

Lloyd died in September 2013. He was a founding member of Cornerstone Covenant Church (Turlock, Calif), where I was church planting pastor, and had been a part of our Monday morning prayer group for over 10 years. Lloyd was a trusted friend -- a mentor -- and a kindred spirit. I am so grateful for his input into my life. Here is a link for a story from North Park University where he served as the president from 1970-1979.
Posted by Brad Boydston at 1/18/2014