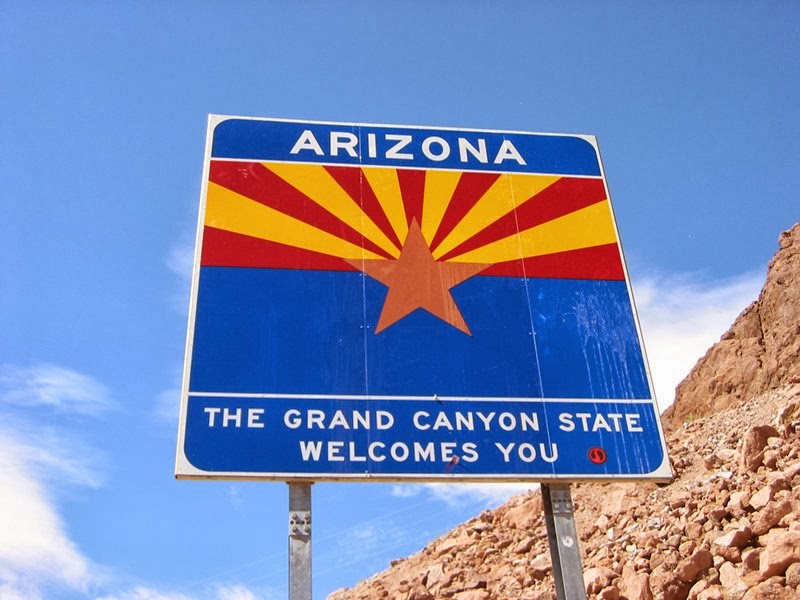 If you're seriously interested in why it is that we do so many goofy things in Arizona I suggest that you take a look at Matt Marino's blog post "Explaining Arizona: An SB1062 tutorial on the Arizona psyche." His brief anecdotal rich cultural exegesis of our peculiar state is superb. For example:


As hard as it is to believe if you live outside of Arizona, the Arizona psyche is not hateful. O, like everywhere else, we have a few haters. But what drives Arizonans is not hate, it is an independent, oppositional, and reactionary personality. Arizonans are Westerners – fiercely independent. There are two qualities to the Arizona psyche. First, we dislike being told what to do…and we dislike anyone else being told what they must do, either. It’s a cowboy thing…which, come to think of it, explains our weird gun laws. Second, Arizonans abhor bullies. We nearly always rush to the aid an underdog. There is a good reason John Wayne had a ranch in Arizona: He fit in here.

Of course, none of this really excuses the half-baked things we do. But it's sure helpful to understand what's actually happening.
Posted by Brad Boydston at 3/01/2014

So glad I live in Florida and not California. But, wondering about your neighbor, Colorado, where people go for marijuana vacations!