Thirty years ago, the last week of July, 1984, Cheryl, Kirk, and I rolled into Selah, Washington, riding in our stuffed U-Haul truck with a wounded white Corolla in tow (a story for another time). We were arriving to begin a two year commitment to serve as the pastor of Selah Covenant Church. It was my first full-time post-seminary gig.

Well, we had such a great time with that terrific church that the two years stretched into five before we left to do our first church plant in Texas.

All those wonderful memories of Selah flooded back up to the surface today when a weighty package arrived in the mail from 98942. The packing job suggested that it was glass but it wasn't. Rather, it was brass -- a box of brass eggs in a brass bowl. 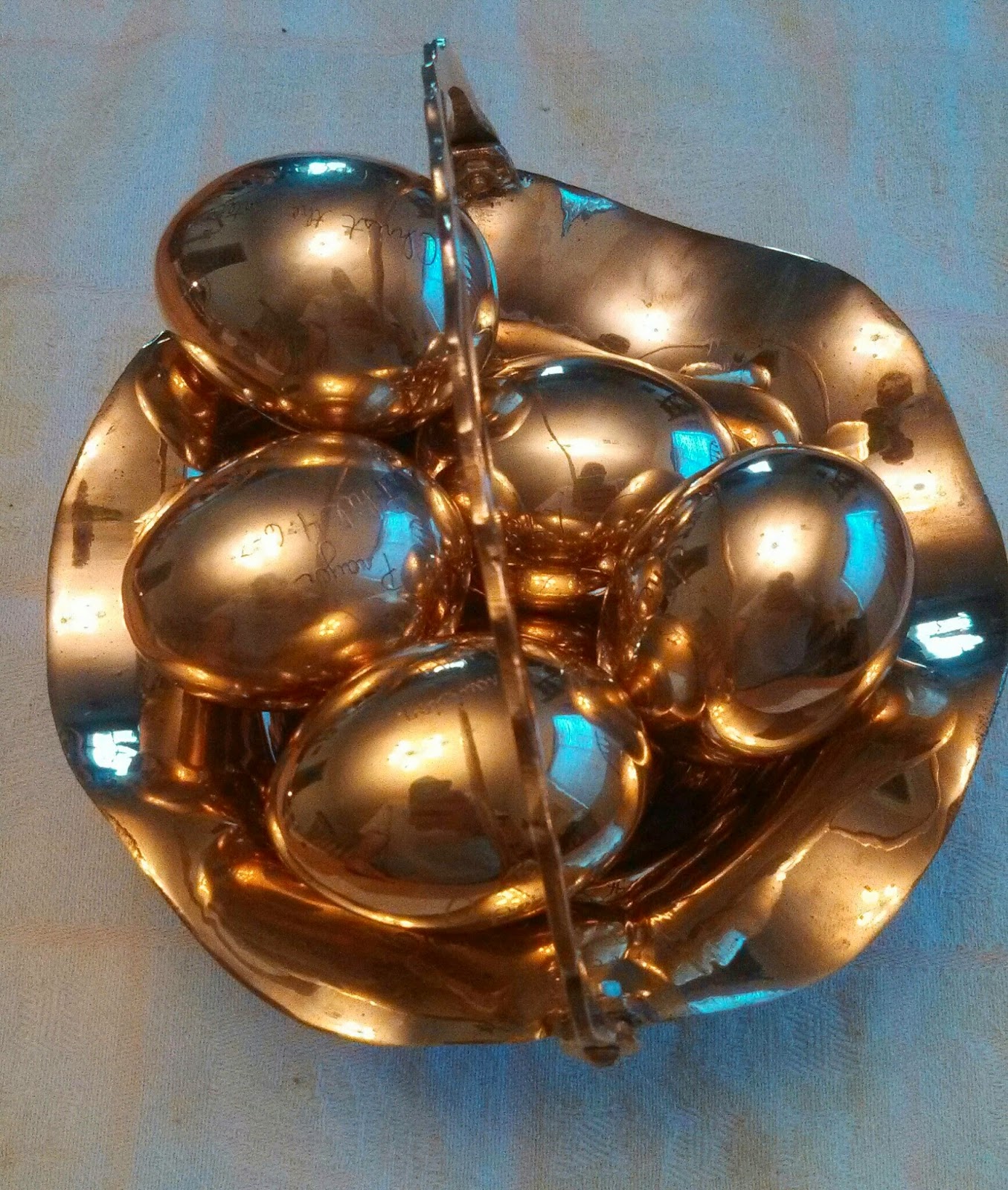 In January of 1987 my Young Life youth ministry background got the best of me and I offered to push an egg around the church building with my nose, on the first Sunday when there were 100 people in Sunday School (or was it 200 people -- I can't remember). That kind of challenge resonated in the context and on April 5, 1987 I got down on my knees and pushed eggs around the building. They kept breaking so it was a messy run. But I made it and it apparently left a lasting impression on some.

When we left Selah in 1989 for some reason they wanted to commemorate the egg push. And unbeknownst to me, they purchased a brass bowl with six brass eggs to give to me as a parting gift. Unfortunately, they had trouble finding someone willing to engrave on the eggs and bowl. The brass gift was never given and it all ended up in storage. But it wasn't forgotten.

Jim Lydigsen, who was the church chairman at the time, recently figured out that his college-age granddaughter was a capable artist and he pressed her into service to engrave the brass with biblical passages and the date of our service there. She did a beautiful job -- hard to believe she is not a professional engraver.

So, this morning I found a yellow tag in the PO box, went to the window, and they handed me a heavy box with a five page typed letter explaining the gift, taped to the outside. What a delight! I'm actually happy that it took 25 years. The timing coincided perfectly with the anniversary of our arrival in Selah -- and the beginning of my pastoral ministry.