~ Send your kid back to school this fall with a bullet-proof backpack! Preying on over-developed parental fear or rooted in the reality of contemporary society?

~ Americans are living longer than ever before (average 77.9 years). But they are lagging behind the strides made by other countries. Even Guamanians (average lifespan of 79 years) surpass mainland Americans in lifespan, according to the latest numbers provided by the Census Bureau and the National Center for Health Statistics.

I find this information incredibly difficult to believe -- considering that islanders have a genetic predisposition toward diabetes, reportedly smoke more per capita than any US state, drink like there is no tomorrow, eat Spam, and the health care resources are sorely lacking on Guam. Plus we now have the added stress of the Russians who want to relive the Cold War. :-)

I suspect that whoever was providing stats for the census collectors was having trouble with the math and just started making stuff up. On Guam we're not known for our proficiency in record keeping. But we do have a reputation for creativity when it comes to facts and figures. 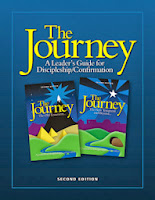 doing in "Confirmation" for nearly 2,000 years.

The Christian practice of Confirmation in the Western Church (they do it a little differently in the Eastern Orthodox Church) actually predates the Jewish practice of Bar Mitzvah, which developed between the 14th and 17th centuries in Europe. But I suppose it is better to sound Jewish than Catholic -- at least if you're a Southern Baptist in Dallas.

~ In the Evangelical Covenant Church we've just released an update of our D/C (Discipleship/Confirmation) curriculum.

~ The Assemblies of God in the US is cracking down on the degree milling in their midst.
Posted by Brad Boydston at 8/12/2007