~ "Virgin Asia" -- aka AirAsia X -- Pick us! Pick us! Although Guam probably doesn't quite have the traffic levels needed to support a low cost carrier. But maybe. Somebody pull out a calculator.

~ The Pentagon has denied that Russian bombers flew over Guam, contrary to a claim by a Russian general. I just can't imagine unwelcome aircraft getting anywhere close to

the island right now. The military has been conducting the Operation Valiant Shield war games in the area around Guam and the skies are full of US bombers and fighter jets. It seems highly unlikely that there would be air space for two lumbering old style Tu-95 turboprop bombers up there.

The Russians are just acting out because they're annoyed that they weren't invited to play in the games.

They've been trying to annoy the Brits, too.

The thing is that the Russians have got more than enough problems at home to keep them busy. They can't really afford to be reliving their glory days in the cold war. Although this is probably how Putin is trying to divert Russian attention from the homefront issues. This is an air show for a Russian audience.

~ I fully expect that the representatives of the Guam territorial government will petition Washington, DC for more money to compensate the island for the possible loss of tourist dollars caused by the episode. I'm only half kidding.

~ Meanwhile, Mr Tourism is suing Kmart, one of Guam's largest tourist destinations, asking $1.5 million, because some shelves apparently fell on him a couple of years ago. $1.5 million is a lot of mental pain and suffering.

~ The Minnesota bridge collapse gave municipal Wi-Fi it's first disaster test. It sounds like it was a helpful communication tool -- just how helpful isn't clear. 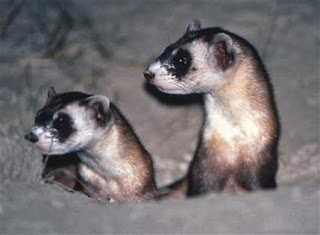 ~ Dress to disappear (via)

~ Are the global warming models built on a Y2K miscalculation?

~ Positive environmental trends -- How about those black-footed ferrets in Wyoming...

~ Don Johnson is asking a lot of questions for Covenant Church people -- some are good questions.

~ How should pastors deal with the "A word"?

~ The CT new perspectives on Paul article is now up online. The introduction to the issue is helpful background info. Scot McKnight has been blogging on the same topic. His summary statement that this is really a "new perspectives on Judaism" issue cuts to the chase. Also, his thoughts on the Augustinian anthropological suppositions make sense. More links into the discussion.

~ I'd like a root beer cupcake. It actually sounds good to me.

~ And while I'm wishing -- I'd like a Google toolbar that works in the Opera browser -- not a widget thingy but a real one. I'd actually use Opera a lot more it I could get to my bookmarks through the toolbar.
Posted by Brad Boydston at 8/10/2007