As shrewd as snakes

There is more Korean backlash aimed at the church for sending missionaries to dangerous places.

Americans are probably not going to completely understand this issue because we're more individualistic. What the individual does is his or her own 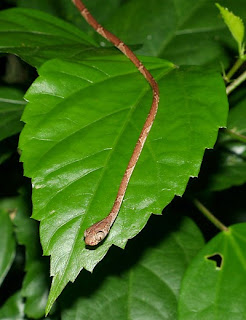 business. If someone wants to place himself in harm's way -- so be it. We wish him luck -- and perhaps we'll pray for him occasionally. If a problem develops we'll try to help. But we won't experience shame because of the ordeal. It's not our problem. We're just trying to help.

Koreans, on the other hand, are more group oriented. These individuals who in their enthusiasm became hostages have placed the whole country in an awkward situation. And they've caused the nation to lose face in the world by having to negotiate from such a poor position.

There are legitimate cultural issues involved in the backlash.

Of course, living out the gospel is always going to have cultural implications -- many of them counter-cultural. Cultural conflict is inevitable whenever the gospel truly takes hold. However, the question is, was this one of those situations where the gospel was rubbing against the culture or was it one of those situations where, to quote Jesus, the church needed to be more snake-like. "I am sending you out like sheep among wolves. Therefore be shrewd as snakes..."? (Matthew 10:16)

Would your local congregation send a group of relatively untrained short-term missionary volunteers into a war-zone? (Is that what Jesus meant by "sheep among wolves"?) Most would consider it unwise. It's not that we don't send anyone but we go about the mission in a different, more sophisticated, snake-like way.

Snakes can quietly cover a lot of territory undetected.
Posted by Brad Boydston at 9/02/2007

I cannot see sending short term folks into a war zone. I could understand someone from the country or culture going in to serve. With that said, church history is full of Jesus' Followers living in and going into the war zones of this planet.