~ Continental Airlines is positioning itself to cash in on the military buildup on Guam. Any other takers? Competition is what is most needed out here.

~ Luther, Habbakuk, and the Reformation -- Sam Rowen connects some dots.

~ Skype is jumping into the discount mobile phone business -- at least in Europe. Link

~ Dave is already on the road in the States. I catch up with him next Sunday.

~ It's disconcerting when it is front page news again and again that the school district is going to be able to make payroll. This is an ongoing issue and it's a reason that the schools on Guam have a hard time attracting teachers. Teaching is hard enough without having to worry each month whether you're going to get paid on time. I personally know three Guam educators who have "gone on to other things" in the past 6 months. Brain drain.

~ Major breakthrough -- "Plumpynut" -- new food concoction that will save the lives of millions of malnourished people. $1 for a daily dose "...made of peanut butter, powdered milk, powdered sugar, and enriched with vitamins and minerals. It tastes like a peanut butter paste. It is very sweet, and because of that kids cannot get enough of it." 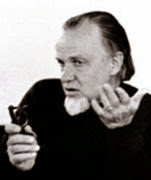 God: How I Grew Up As One of the Elect, Helped Found the Religious Right and Lived to Take All (or Almost All) of It Back. (My pre-publication copy sports a blunter subtitle: How I Helped Found the Religious Right and Ruin America.) It's a brilliant book, a portrait of fundamentalism painted in broad strokes with streaks of nuance, the twinned coming-of-age story of Frank and the Christian right. But this story moves in more than one direction: both coming-of-age narratives are pulled against the current by the tragedy of Francis Schaeffer, a man who let his children, biological and ideological, guide him down a path from which he'd spent his whole life struggling to get off."

Interesting story. I guess I never really identified Francis Schaeffer with the "religious right" -- at least the politicized version of it. I may have to break down and buy the book. It keeps coming up on the radar.
Posted by Brad Boydston at 10/28/2007