It's been fun watching the locals discover Home Depot.

People wander through the store eyes straining to take in the overwhelming inventory.

I overheard one woman speaking to her husband, "I just can't believe that there is so much to 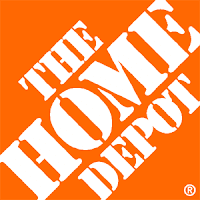 One man was telling his children -- who were securely strapped into the orange cart and were barely old enough to talk -- "Man, look how low these prices are!"

The check-out lines have been long -- except at the self-serve counters. No other stores on Guam have self-check-out. So people aren't yet used to it -- not quite sure that they trust it.

So, by utilizing the self-check-out I've been able to breeze in and out past the lines on several occasions. It's faster than going to Circle K for a Coke.

However, half the people in the store at any given time aren't really shopping or holding a spot in line. Most are just standing around socializing with their uncles, aunts, and cousins. People that they haven't seen in months -- they run into at Home Depot.

You have to understand that all the locals have hundreds and hundreds of these relatives -- maybe even thousands and thousands. So when there is some kind of central happening on the island people expect to catch up on family news. You don't go to someplace like Home Depot if you're a local in a hurry.

They see each other halfway across the store. Their faces light up and pretty soon there are hundreds of people in the bathroom fixture aisle hugging and kissing and laughing -- "Hafa mamaolek ha?"

Sometimes the store, "the second largest Home Depot in the world," grid locks with these spontaneous family reunions. The only thing missing is the red rice and finadene.

Of course, because of Guam's isolated location the Home Depot grand opening phenomena is more phenomenal than in most places. Most people on the island have lived their whole lives without most of the box stores which most of the US can't seem to live without. Most of the people living on the island "Where America's Day Begins" don't yet realize that having too many choices is what defines us as Americans -- perhaps even more so than our version of democracy. So, in a sense Guam is more American today than it was way way back before Home Depot opened -- two weeks ago.

But I've been to Home Depot grand openings before. This one is mild. They're not even putting much on sale -- relatively speaking. They don't have to. At this point they don't need advertising or weekly specials to get people in the doors.

Eventually, Big Orange will start to run out of things -- just like they occasionally do on the mainland. And the tool you need will be back-ordered. And they may not have the kind of 2x4 you want. And you'll have trouble finding a guy in an orange apron to help you because management is trying to keep labor costs down. I've seen it all before.

Now, I'm certainly not complaining. I like Home Depot. It symbolizes choice. But I know where this whole thing is going. In a few months we'll all be jaded home improvement consumers. And at least a few of us will be wondering aloud how we might be able to lure Lowes to Guam.
Posted by Brad Boydston at 11/26/2007