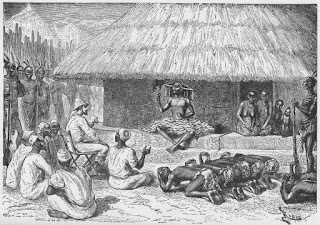 ~ The way that the church is sending out missionaries is changing significantly. Some of the change is good -- but some is regressive. See R.G. Lewis' post on church based missions -- Link

~ Things have changed dramatically in the Phoenix area since 1996, when the Super Bowl was last held there. You can imagine how much it has changed since my parents moved there almost 30 years ago. -- Link

~ Carl Karcher, the founder of Carl's, Jr. restaurants has died at the age of 90. I pretty much withdrew my support from Carl's when they started using Hugh Hefner and Playboy themes to promote their food five years ago -- then it was Paris Hilton. Sad. But I think that Kracher had been forced out of the operation of the company by then. -- Link

~ Good things eventually make it to Guam. I bought chocolate covered Altoids in the grocery store today -- first time I've seen them available on the island. Our kids had been sending them to me in the mail as presents and I bought a stash to bring back when I was Stateside. I didn't see any in Australia when we were there. So Guam now has something to offer that apparently you can't get down-under.

There was a Bible in Basic English published in the 1940's and then again in 1965 but it's dated and it was the work of a single individual. Wycliffe has compiled several Bible books translated into "EasyEnglish" -- but they are not standardized and are the work of individuals rather than committees -- and it doesn't appear to be available in ink/paper/binding format.

~ DegreeInfo has a helpful and practical thread running for people interested in breaking into online teaching. This might be an excellent "tent-making" option for pastors in small rural settings, self-supporting church planters, or missionaries. If you've got the educational background, a good Internet connection, and a few hours every week... -- Link
Posted by Brad Boydston at 1/13/2008

you've probably said before, but what do you think of the NIrV?

I think the NLrV is great -- I often refer to it. But it's still American English. The Good News Bible is a move in the right direction, too. There is actually a "global" edition of the CEV which is fairly decent but it's only available in small-print children's and youth editions. And it could use some tweaking and standardization.