• Happiness Lodge continues with his series of posts on Micronesian culture. He does such a great job of explaining the realities of life on the islands. And while I will never be anything but a time-driven task-oriented fidgety and restless American by nature (that's my cultural and biological wiring -- which takes a lot of focus and will power to alter) I can't help but admire these mostly positive things about Micronesian culture. Everything I see seems to confirm what Happiness says. -- Link

BTW, Happiness is scheduled to graduate from PIBC this spring and he's considering seminary options for the fall.

• David Fitch -- "The Bridge Illustration: An Idea Whose Time Has Come and Gone?" -- Link

I really doubt that it will be killed off very quickly -- nor that we want to. It's good for explaining one aspect of salvation to some types of people. 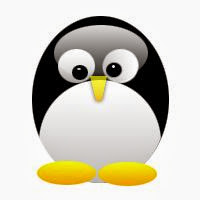 I don't really think that people are all that suspicious of free. Google applications are free and many of them are taking the world by storm.

The reality is that most people just don't have the time to mess with an operating system that requires one to learn more computer lingo and provide more attention than Windows -- that is, if you're going to get all the applications to work right -- especially the multimedia stuff -- and then there is the matter of finding and installing the proper wireless drivers for the older laptops that we tend to install the Linux OSs on. It's getting closer -- but Linux is still not quite ready for prime time.

• It will require 40 years of government subsidies but "a massive switch from coal, oil, natural gas and nuclear power plants to solar power plants could supply 69% of the US’s electricity and 35% of its total energy by 2050." -- Scientific American
Posted by Brad Boydston at 2/18/2008