The NLT Study Bible has been released and I'm totally impressed!

Perhaps it's the paradox of it all that's captured my attention. One of the best dynamic equivalent English translations (the New Living Translation) has been married to a set of great scholarly notes and study helps. And yet these tools are written in the same crisp and clear English as the NLT translation. That, in and of itself, is an incredible feat. This is a real no-fluff study Bible -- maybe even the new standard.

Here are some of the things I really like about the NLT Study Bible:

1. The layout -- two text columns with a small third (on the fold) for cross references -- integrated articles, charts, and study notes at the bottom. They used a real graphic artist (Timothy R Botts!) who didn't go hog wild trying to look trendy. The layout is classy but not overly flashy. Nice balance. 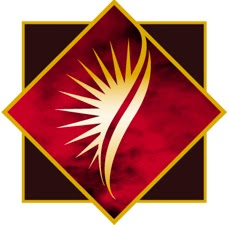 2. The font is of a style and size that my aging eyes aren't crying out in pain.

3. There are introductory articles for each book that not only provide an overview of what is happening in the book but they also introduce readers to important issues of genre, redaction (editing), and interpretation. This is weighty material presented in an accessible fashion -- not overly academic in tone. No seminary education required!

4. Original language word studies and notes! Who would have ever guessed that they'd squeeze so much Greek and Hebrew into the articles and notes of a Bible which traces its ancestry back to the Living Bible. It makes sense, though, that they'd balance out the flow of this style of translation with this kind of notation and commentary. There is even a dictionary and index of 200 Hebrew and Greek word studies that is keyed to the system in Strong's Concordance.

5. There are running outlines integrated into the flow of the text. You always know where you are.

6. Cool charts, maps, diagrams, and timelines integrated into the section where you're studying. You don't have to flip to the back to find the organized information -- although there are additional maps in the front and back. And there is a master timeline in the front.

7. There is a great mix of evangelical Bible scholars on the editorial team.

9. There are notes pointing us toward further reading as a part of the introduction of each book. These are lists of solid general reading commentaries.

11. The subject index at the back is comprehensive and easy to use.

12. The dictionary/concordance at the back of the NLT Study Bible is also significant and some of the entries are actually keyed to the KJV for people more familiar with the classic wording. Nice touch.

13. I really like the NLT as a translation and have used it for preaching for several years. It's fun to read. The English is so clear and crisp. The NLT Study Bible uses the second edition which was released in 2007.

The Weaknesses of the NLT Study Bible:

1. Red-letters. In the gospels and Acts the NLT Study Bible follows a practice common in many American translations of putting the words of Jesus in red. This is an issue for me on three levels.

First, my eyes don't focus well on blocks of red type -- although the red ink used in this version isn't as bad as most.

Secondly, red-lettering (and quotation marks) requires the editors to make unnecessary decisions about the words of Jesus. Sometimes in the gospels it isn't really clear where the words of Jesus begin and end -- and which words are the gospel writer's interpretation of what Jesus is saying. There are times when it is best to leave such things nebulous.

Thirdly, there is a movement afoot within evangelicalism to elevate the red-letter texts to a higher level of authority than the rest of scripture. We need to avoid creating this kind of hierarchy. The red-lettering has become symbolic in that movement.

2. This Bible weighs a lot -- no surprise, given that there are nearly 2,500 pages! The weight and feel of the paper itself seems appropriate for the edition so I don't know how to get around the overall weight issue. And really it's not THAT big of a deal. You might even save yourself the cost of a gym membership if you lug it around for awhile.

I'm guessing that the real weaknesses of the NLT Study Bible will become more apparent as I use it over time. For now, the strengths are just so overwhelming that it is perhaps hard to see the subtle short-comings common to every translation and edition of the Bible.

In the interest of full disclosure -- Tyndale gave me the NLT Study Bible for review purposes. I do not plan to keep it, though. It will end up in the PIBC library -- once the brown and tan Tu-Tone leather edition I bought from Amazon arrives in the mail!

Rick Mansfield, who has a better grasp on the technicalities in the field of Bible translation and promotion has a series of really fine posts on the NLT and the NLT Study Bible.

There are other bloggers who have reviewed the NLT Study Bible.