My bud Rick Lindholtz sent me a message: 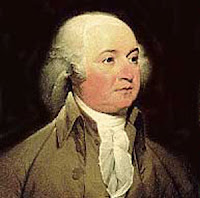 but thought of you immediately when I noted the reference to the family name of John Adams' mother. She was a Boylston. Adams was the great nephew of Zabdiel, who introduced the concept of inoculation to America, having gotten the idea from a slave that was owned by Cotton Mather... the salve relating how they had done things in the African bush.

Boylston is the alternative spelling of Boydston. Thomas Boylston/Boydston came to the US from Scotland in 1656.

Now I'm going to have to pick-up the book to see how our DNA helped shape America.

John Adams was one of the more influential founding fathers of the US. He was the second president and father of John Quincy Adams, the sixth American president.