• Steven Evans sent me a link to the HONA Network -- lots of church planting resources from the Anglicans. 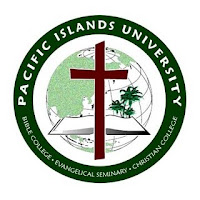 • Here is transcript of a radio announcement being broadcast in Chuuk explaining the changes at PIBC.

• I got an email from Melissa Heck on the Guam campus and it is looking like PIU/PIBC will have a full house for the fall semester.

• Retired US Army general James Dubik is working with the Roman Catholic Church to help them create online "'communities of practice'” that could cut through the bureaucracy and help priests and others in the church do their jobs better." ~ link

• We called the City of Phoenix for a special cardboard pick-up. (We're unpacking and have been generating a major pile.) They came within three hours of the call. That's pretty impressive.

• I ran into some Assyrian guys in Costco this evening. I never hesitate to ask someone if they're Assyrian if I hear what sounds like the Assyrian language (or as was the case tonight, one of the guys had a t-shirt with the Assyrian crest on it). They're always so excited that someone recognizes them for who they are -- and who understands at least bit of their great story. The Assyrians were good neighbors when we lived in Turlock.

• Whatever it was that Bill Clinton said when he was in the neighborhood a few weeks ago it must have been significant. The Koreas are suddenly talking again.
Posted by Brad Boydston at 8/21/2009