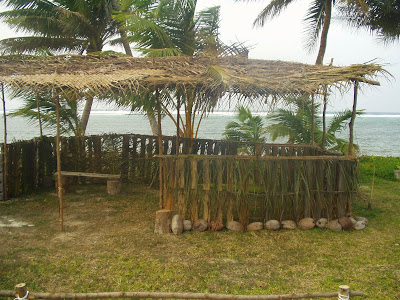 ...The parents of some of the students at the Lutheran Church of Guam's preschool are building several traditional Chamorro structures on the church's beach front. It's looking like they might put up a whole village at the rate they're going. If you were a preschooler wouldn't you look forward to playing in this everyday? (Click the pic for a bigger view)

...Sean Meade has a new job as the project editor for Aviation Week's defense content on the web. IOW, he is making at least a part of his living by blogging. Congratulations!

...Tricorder now a reality -- thanks to Purdue. 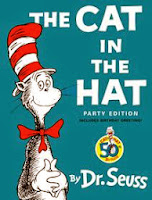 ...The Cat in the Hat turns 50 today -- imagine that! There is a special birthday website.

...A new report from Columbia University says that if we would cut the number of US high school drop-outs in half the taxpayers would save $45 billion.

...Now they're saying that the Gum haze is coming from pollution in Asia.
Posted by Brad Boydston at 3/01/2007