Changing the 14th has negative impact 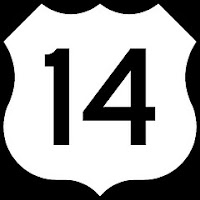 The 14th Amendment guarantees that anyone born within the boundaries of the US is a native born citizen. There are some who believe that allowing this encourages illegal immigration -- people sneaking into the US to birth children, who then as new-born citizens sponsor their parents to enter the US legally. That is, they get to unfairly jump to the front of the line for their entry tickets.

There are three basic pragmatic reasons to oppose the bills associated with the reinterpretation of the 14th.

The first reason is that the bills are based on a faulty assumption. That assumption is that huge numbers of people are entering the country illegally to have babies that would “anchor” them to the US. It certainly must happen that way on occasion but it is not a significant trend. Those who sneak into the US tend to be desperate people looking for immediate work so they can send money back to their families.

A naturally born citizen has to come of age (21 years) before he or she can sponsor family members into the US. People who sneak into the US are not thinking 21 years ahead. (Relatively affluent people have the luxury of planning that far in advance and it might be an incentive for affluent people but not for the poor.) The 14th Amendment is not a significant incentive for people to sneak across the border. By changing the law we will not slow the flow.

The second reason that reinterpreting the 14th Amendment and barring the children of people lacking legal status from claiming US citizenship is that there will be an unintended consequences -- that is, a disenfranchised under-class of people born here, culturally American, raised in our system, tax-paying, fully contributing to society -- who are prohibited from full participation in our process. We need what they have to offer, not their resentment and destabilizing voices. The net contribution of immigrants (legal and illegal combined) is positive. It could become negative and destabilizing if we disenfranchise people who have lived and grown up here all their lives.

The third reason is that by passing (or even considering) the bills intended to shut down the 14th we are sending a message to the world that we are a closed society. Whether that message is true or not is moot. What is important is what is perceived. It comes across in the rest of the world that we are a nation of racists only interested in dealing with well to do immigrants who are like us. As the world grows smaller we cannot afford to position ourselves with that kind of an image.
Posted by Brad Boydston at 1/28/2011

Email ThisBlogThis!Share to TwitterShare to FacebookShare to Pinterest
Labels: Immigration