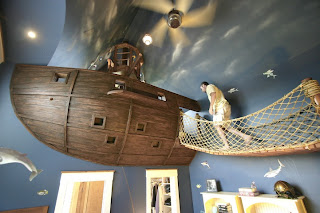 > THIS SEEMS like a cool local church ministry -- “Little Dresses for Haiti.” Any issues? Does this negatively impact the local Haitian economy in anyway? ~ link


The students say Mandarin Chinese is challenging, but in some ways it is actually easier than Western languages, which have complex grammatical rules, verb conjugations and genders. Verbs in Mandarin, the main Chinese dialect, are not conjugated, and sentence structure is flexible, they said.

"It's hard in different ways," said Rebecca Curran, a junior. For example, the students learn to read and write using the Chinese alphabet, which adds its own layer of complexity.

> THE TEA PARTY is getting its own license plate design in Arizona. I don't suppose they'd consider changing the slogan to "Differ tastefully!" ~ link

> WOW, IF even half of this is true it is a scathing indictment of us -- the voters. Is there anything in the following statement that is factually inaccurate?


....We (Arizona voters) elected a governor without a college degree. A treasurer who is a tax scofflaw. An attorney general who is a bankrupt and banned for life from a regulated industry for fraud. A secretary of state who used his influence to get his kids off scot free from serious charges. Over 40 state legislators with no education past the 12th grade. Mostly because the new Southern Strategy of Chuck Coughlin is working just fine here. ~ link


Luther, Calvin, and Barth have all died and gone to heaven. In successive order, each is given an audience with the Lord.

Luther walks in and spends several hours with the Lord. He eventually makes his way out and remarks to the others, “Boy, I understand justification so much better now.”

Calvin then enters the Lord’s house and remains there for several hours. Eventually, he exits and remarks to the others, “Boy, I understand election so much better now.”

Barth then enters and is inside for a very long time. He’s really in there for a long time. Eventually, God walks out and remarks to the others, “Boy, I have no idea what that guy is even talking about!”

Email ThisBlogThis!Share to TwitterShare to FacebookShare to Pinterest
Labels: sapience

the Luther, Calvin and Barth joke did it for me today! Awesome!