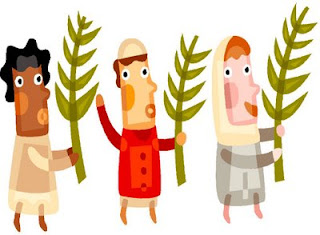 
Now a large crowd spread their clothes on the road. Others cut palm branches off the trees and spread them on the road. The crowds in front of him and behind him shouted, “Hosanna to the Son of David! Blessings on the one who comes in the name of the Lord! Hosanna in the highest!” And when Jesus entered Jerusalem, the whole city was stirred up. ~ Matthew 21:8-10 (CEB)

> IT'S A SMALL, small world. Was Walt Disney a prophet? ~ link 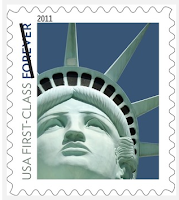 > OOPS -- "Lady Liberty stamp shows wrong statue" -- Oh well, for better or worse, the statue in Las Vegas seems to be as much a part of US culture as the one in the New York Harbor, anyway. ~ AZ Central


I think that wealth brings power, and the fact that the rich are getting much, much richer relative to everyone else means that the rich also exert increasing influence over the economy, government and society. I think income mobility and equality of opportunity have declined in America over the past 40 years, to the point where America is now more segregated by class divisions than many European countries. I think a major reason for these shifts has been the increasing dominance, since the Reagan era, of an ideology that is indifferent to or actively celebrates inequality of income. I think this ideology is bad: bad for the economy, bad for society, bad for art and culture, bad for the moral character of those who subscribe to it... ~ M.S.,  The Economist

> I'M SO OLD that I can remember when conservatives were conservationists. But now... ~ NY Times

> I'M TOTALLY intrigued by the premise of Phil Cooke's new (to be released on Tuesday) book, Jolt! -- navigating through a world where constant disruption has become the norm. ~ link

> HOW YOUR US federal tax dollars were spent last year ~ link

> TO PUT THINGS in perspective, though, India spends 2% of its GDP ($30 billion a year) dealing with diarrhea. ~ Fast Company

> I DON'T NEED noise canceling headphones. I need a bass vibration canceling house. When the neighbors turn on their car stereos everything in the house shakes.

> ASIA-PACIFIC MAXED out their IPv4 addresses on Friday. What that means is that the internet will start to get tangled with layers of protocol. Think of the situation as a digital equivalent to party-lines and jerry-rigged wiring running amok in an old analog telephone system -- patches and short-cuts and related outages. Messy. Why is it taking so long to migrate to IPv6? ~ link

> LAMENTING THE LACK of younger leaders, Raul Castro is proposing term limits for Cuban politicians — including himself. This is a significant confession in a totalitarian regime. Holding power too tightly is short-sighted. ~ AP

> "SWEDISH COFFEE to flood US market" -- And in which part of Sweden do they grow the famed Gevalia coffee beans? ~ The Local

> THE LAST TIME the US paid off its massive debt (in 1835) the nation plummeted into a massive six-year depression. The pay-off probably did not cause the depression but neither was it the silver bullet for economic stability. Massive debt is not such a good thing but the absence of debt is not the cure-all for all our social ills. ~ NPR

> "QUIRKY" is an apt description of Quartzsite, Arizona, about 130 miles west of us. Think Burning Man for snowbirds. The LA Times says the eccentric town is having a bit of a mid-life crisis. ~ link
Posted by Brad Boydston at 4/17/2011