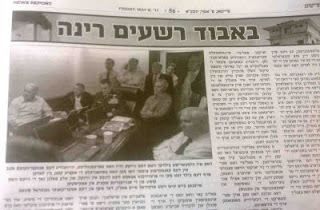 > PITZER COLLEGE is going to offer a degree in secular studies. ~ link

> RICH MOUW on our heavenly home. It's not an either/or but a both/and. That is, we don't need to emphasize the final resurrection over the heavenly intermediary state. But heaven and the resurrection are both part of the future story. ~ link

> ECONOMICS JOURNAL: Memo to India, China: the US still matters:


The upshot is that while the US may be in relative decline compared to China and India, momentum will carry the US forward for a long time.

Plus, economics is only half the story. There’s much more to being a superpower than the mere size of your economy. As the spectacularly successful operation to take out Osama Bin Laden demonstrates, the US is still on top of the heap politically, militarily and strategically, and by a wide margin over potential rivals such as China, India or Russia. ~ WSJ