GREATEST MARRIAGE PROPOSAL EVER -- It is no surprise that this is such a hit. It is creative, romantic, and the story is well told with moments of tension and release followed by more tension and release -- but not annoyingly so. The humor is delightful.
AMERICANS DON'T WANT to live in Detroit. Will they open it up for immigration? Can the Winnipeg model save Detroit? ~ link

DID TODD AND SARAH buy a home in Scottsdale? Arizona seems itchin' to have the Palins set-up house in the state. ~ link

AN APPARENTLY a mentally ill woman tried to kill herself and her children so that they could escape the tribulation. Sigh. Ideas, even nutty ones, have consequences. Will God hold Harold Camping responsible? ~ link

"WHAT ABOUT the MTA retired man who invested his savings, $140,000, on advertisement proclaiming that May 21 would be Judgment Day?" ~ link

WELL, THE RAPTURE miscalculation was good for some sectors of the economy. ~ link

"TUCSONAN protects her felines from coyotes with 'catio'" ~ link

WHY IS CANADA so much more inviting than the US?

"FANTASY ISLAND: Are Republicans losing their grip on reality?" The thing is, the vocal extremists have sent those of us who are more centrist out into the world of the independents. So technically we are no longer Republicans -- at least as Republican is currently defined. In one sense those who have left have a better grip on reality -- except when it comes to offering an electable candidate. But reality is subject to change. ~ Slate

"ARTIFICIAL LIGHT: How man-made brightness has changed the way we live and see forever" -- There is still a good portion of the world without electricity and artificial light -- most of the Southern Hemisphere.  ~ link (via) 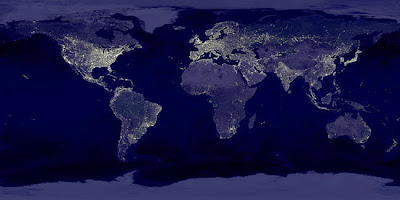