The average Guam family spends about 8% of their household income on electrical power -- compared to the 4% spent by the average mainland US family.

And now the power company wants another rate increase!

Yes, I know, GPA is not the most efficient operation in the world. Yes, it could slim down and work smarter. But the fact is 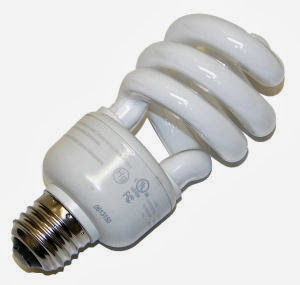 that it is unrealistic to think that a power company which generates electricity by burning imported diesel can actually hold the line in the current global market -- no matter how much reorganization and restructuring they do.

As I see it, there are three options:

1. Cut down on power use. We can almost always do more of that. We want the power company to be efficient but we aren't necessarily ready to apply the same standards of efficiency to ourselves. However, if we really need to -- want to -- we can improve. (The Legislature may want to look into banning the sale of iridescent light bulbs as a start.)

Frankly, though, most Guam families seem to be relatively conservative by mainland standards. For example, the locals don't seem to run their air conditioners (if they have them) nearly as much as we wimpy mainland-types.

2. Find alternative power sources. This needs to happen. But it will take time to develop. Mainland communities are finding that alternative fuel development is slow going. Well, consider that everything here moves way way slower than most places in the US. That's just the way it is.

3. We could get creative and start generating more actual income. My slightly entrepreneurial disposition tells me that this is the the most realistic -- and perhaps the most necessary option.

Guam is a pretty laid back place and it may just take an economic energy crisis to light the fire. Necessity is the mother of invention.

We need people to start new businesses and figure out how to draw more money to the island through retail, tourism, and perhaps even niche manufacturing. Anyone ready to develop biodiesel from boonie trimmings? Someone want to start a company that turns domestic waste into power?

If we put the bulk of our effort into #3 first -- #1 and #2 could easily be byproducts. We might even solve a few of our other problems at the same time. There is hope.
Posted by Brad Boydston at 8/01/2007