~ Aren't we a distinguished looking group of people?

No need to answer that question.

~ The global reshuffling continues: "Chinese flocking in numbers to a new frontier: Africa" It's creating a little tension. Those who stay in China are buying big cars.

~ New discoveries in Tumon today: 1) Maharani Indian restaurant, opened two days ago, next to the Westin Hotel -- great buffet 2) the new Circle K in Tumon has Sprite Zero at the fountain. 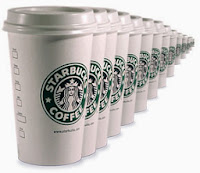 ~ There was a rumor about a Starbucks inside the Westin. So we had to take Tim "Starbucks" Plaxton for a look. But, sigh for his sake, it was not so. The coffee bar there isn't a Starbucks. They're just serving some kind of Starbucks coffee (not brewed) in Starbucks cups. Tim was at least a little happy -- he got a cup out of the deal. Still no Starbucks on Guam.

~ Billy Graham in the hospital

~ You'll need a federal ID, a passport, or maybe the bar code tattoo of the beast... or an implanted microchip... Well, I'm exaggerating a little... or maybe not! All in the name of anti-terrorism. The obvious question is, how far is too far?
Posted by Brad Boydston at 8/18/2007