• Experts who track such things are noticing a shift away from short-term missions back toward longer-term missionaries. It's not that short-termers are going away but that the emphasis is shifting -- along with the economy. And it's not that the "professionals" are back to doing business as before. Rather, there are more longer-term strategic partnerships that utilize short- 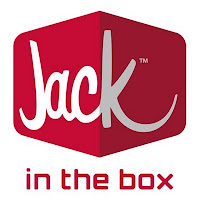 • Jack in the Box has a new logo -- new website -- $1 off coupons -- free voice mail recording. (Jacks is mostly a West Coast/Southwest US thing.)

• Jennifer Ludden has a good NPR story on how past immigrants to the US held onto their original languages for a generation (or four!). Public schooling in the Midwest was in German, Italian, Polish and Czech at times. Our collective memory of such things get's lost in the midst of our current debates over language. Eventually immigrants adjust and figure out for themselves that it is to their advantage to embrace (or at least learn) the dominant language. We just need to give people time. ~ link

• Grace Matters, the ELCA's weekly 30-minute radio show, which has been on the air since 1947, will go silent after Easter. Budget cuts. ~ link

• I've been getting the daily Bible verse from the NLT folk via Twitter. What can be communicated in just 140 characters is pretty amazing. ~ link
Posted by Brad Boydston at 4/01/2009