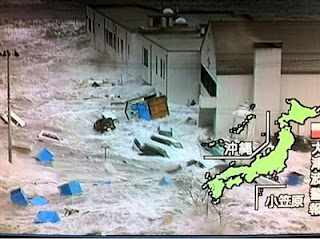 > WOMEN WHO post lots of photos of themselves are craving attention, according to a new study. ~ LA Times

> "FREE MARKET only works when capitalists make profits. When profits are in peril, they want government help..." That seems to be more or less true. ~ Tucson Citizen

> ARIZONA SB 1538 would ban texting while driving. Don't we already have laws which prohibit doing anything which would distract a driver? Seems redundant. People who ignore the current law will ignore a new law. ~ link

> FORMER DISNEY Mouseketeer Annette Funicello was treated for smoke inhalation, the result of a fire that badly damaged her LA home. ~ link

> MARK GOODACRE is annoyed that Robert Kugler's and Patrick Hartin's, An Introduction to the Bible (Grand Rapids: Eerdmans, 2009) doesn't even mention the Farrer Hypothesis. Current scholarly consensus (which seems to be deteriorating) says that the New Testament gospels Matthew and Luke drew on the gospel of Mark and another source called "Q" -- and possibly two other independent sources. The Farrer Hypothesis (or theory), of which Goodacre is a major advocate, says that Mark was the first gospel written. Mark then became the source for Matthew's gospel. Then, the Gospel of Luke was written using both Mark and Matthew as a source. ~ link

> AFRICA INTERNATIONAL UNIVERSITY in Kenya, is now fully chartered. The university consists of Nairobi Evangelical Graduate School of Theology, the Institute for the Study of African Realities, and the School of Professional Studies. ~ link