> GOOGLE CLOUD PRINT -- feature in Chrome that allows you to access your printer from anywhere, any computer. So, if you're working from home and you want to send a print job to the office printer you can do so through the cloud. To set it up go to Options -> Under the hood -> Google Cloud Printer at the very bottom of the page.

> WHY LENT must rise again:


The question goes to the heart of what’s happening to Christianity in America. Practitioners are purging the tradition of its sacrificial dimensions. We’re remaking it as a type of spiritual self-help whose effectiveness is measured by how well it entertains us and affirms what we already believe. Since Americans love parties and hate to do without, Christianity is evolving to deliver. The diminution of Lenten practices illustrates the trend and highlights what’s lost when religion becomes a consumer commodity. ~ G. Jeffrey MacDonald, Boston Globe

> THE COMING split in evangelicalism? Will Rob Bell’s new book Love Wins (being released today) "play a huge part in triggering this split"? I'm not as pessimistic as Jimmy Spencer but he does identify some of the the underlying tensions. ~ link

> NEWT GINGRICH is busy doing public penance -- sort'a. Martin Marty has an interesting take on it all. ~ link 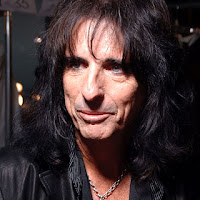 > PLEASE don't make me do my online teaching through a Facebook app. Facebook is becoming its own proprietary internet -- déjà vu AOL 1991. ~ link

> I'M STILL not sure why I'm fascinated by tsunamis. Maybe it's just an interesting word. Or perhaps it's because their impact can be so widespread. Then again, it might just be because they are a mystery that we're only now beginning to understand.


Very little of the devastation resulting from this earthquake was from the initial shaking. This is partly because of Japan's stringent building codes. But mainly because any damage from the seismic waves that sent skyscrapers in Tokyo swaying was dwarfed by the impact of the 10 metre tsunami that hit the Japanese coast less than an hour later. Although 40% of Japan's coastline is faced with concrete seawalls designed to fend off tsunamis, they proved ineffective in this case: the wave was just too high, and eventually the seawalls were topped.

The real destructive power of tsunamis lies not in excessive height, but in their wavelength. A normal wave rises, breaks on the beach, and is done within seconds. A tsunami wave rises, breaks, and continues to break for several minutes or more. It is a wave that just keeps on coming…and coming, and if it is higher than beach (or seawall) level, it will encroach inland for kilometres, sweeping all before it. ~ Scientific American (via)

> THERE ARE times when it doesn't make sense to work so much -- a point of diminishing returns. It had been a long day with a lot accomplished and I decided to try to squeeze in some time to read more student assignments last evening. But when Cheryl discovered that I had also left waffles cooking in the waffle iron for over an hour after supper I decided that I probably wasn't fully present -- so I stopped. Totally carbon waffles -- metaphor for my brain on overload. Ya gotta know when to stop!
Posted by Brad Boydston at 3/15/2011