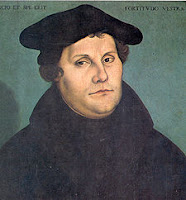 • OCTOBER 31, 1517 -- Martin Luther nailed his 95 debate topics to the Wittenberg church door, launching the Protestant Reformation -- much to his surprise.

• "SIX Uyghurs who were imprisoned in the detention facility at Guantanamo Bay, Cuba, were transferred Saturday to the South Pacific island nation of Palau, the Justice Department said." ~ link

• DEAR CNN -- unless something has changed since I was there Palau is in the North Pacific -- 7° north of the Equator in the area commonly referred to as the Western Pacific. Beautiful place.

• BEAUTIFUL night but fewer than 50 tricker-treaters. Plenty of cute kids but no striking costumes. Candy left over. Too bad.

• NO NEED to change the clock tonight -- if you live in Arizona or Guam.

Actually I believe the Navajo nation (about 20% of Arizona) still changes their clocks like most of USA. And, Indiana which used to avoid daylight savings changed their game a few years ago and have since joined the time-changing collective. Looks like Arizona, Hawaii and the territories are the only holdouts.